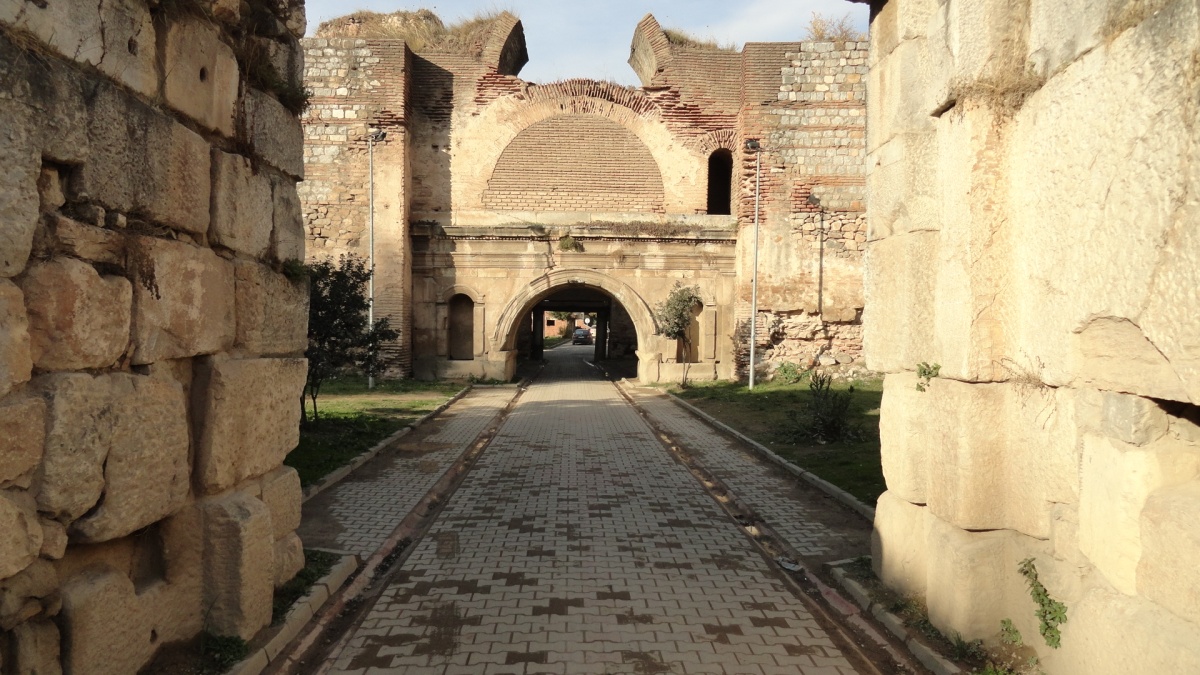 In 2016 I found a super cheap flight into Istanbul for a week. Since I was there I wanted to try a side trip somewhere and decided on Iznik. Here is Istanbul to Iznik Turkey.

How I got from Istanbul to Iznik Turkey

In 2016 no one was going to Turkey due to the civil unrest. That’s why my flight (and hotels) were so cheap. In hindsight I don’t know why I actually decided to go through with the trip. Note that this trip is different than when I wrote about what I did during my 21 hour layover in Istanbul.

This post isn’t about Istanbul, but I did want to mention that, at the time I went, Istanbul was pretty devoid of tourists. The Sultanahment area (where the Blue Mosque and Hagia Sofia are) were pretty empty. That was nice compared to pictures I had seen, but on the flip side, I was constantly being approached because I was one of the few tourists that the locals could potentially sell something to.

I stayed at Hotel Nena for the equivalent of $36. I couldn’t believe how nice it was for $36. But I guess that was just because of the times, because now that hotel is routinely over $100.

The reason I chose Iznik is because it was formerly known as Nicea. And Nicea was the site of the Council of Nicea where, in the year 325, Contstantine the Great, gathered the Christian bishops to organize the Christian Church. This is where they first came up with the Nicean Creed which established the divinity of Jesus, and where they first started to discuss which sacred texts would eventually form the Bible.

I am not an expert so I will leave the detailed history of Christianity for someone more educated than me. But I still wanted to see this ancient city.

Walk to the Ferry Terminal

I walked from my hotel out the city walls of Istanbul

and over this scary bridge, with no sides or rails, that crossed the highway

and to the Yenikapi Ferry Terminal

I went to the ticket counter and bought a ticket to Yalova for 24 lira (about $8 at the time). I thought it was a pretty good poor man’s cruise.

The ferry was spacious and the seats were comfortable.

In hindsight, I didn’t do a good job of taking pictures along the way as I was too busy enjoying the ride.

After 70 minutes, we arrived in Yalova.

When I got off the ferry, this was my view. I honestly had no idea where to go.

I just wandered around until I saw

I noticed there were signs in the front windows, so I wandered around hoping one of them said Iznik. Thankfully I found one that did.

I paid the driver 12 lira. Eventually we took off and, about an hour later, arrived in Iznik.

Prior to the trip I had made some notes and a drawing on how to get from the bus terminal to my hotel. When I got off the bus, it certainly wasn’t obvious which way to go.

But I wandered down what looked like the main street leaving the bus terminal.

After a few minutes I came to a relatively big intersection.

I swear I just heard someone yell my name.

Even though there is no way someone could have been calling my name, I instinctively looked to see where the voice came from. As I panned around, I saw a group of guys sitting around a table and one of them was waving in my direction. I looked around to see who else he could be waving to, but it was only me. Then the guy got up and started walking toward me. As he got close, he again said “Scott?” Stunned, I acknowledged who I was.

The man ended up being the owner of the hotel I was staying in. Tourism must not be big there and I must have really stuck out for him to have called out my name in the middle of the street.

He walked me to the hotel (Kaynarka Pension) and checked me in. It was definitely nothing fancy, but it was clean and cost only 45 lira (about $15).

I left my bags in the room and immediately went out to explore Iznik.

Iznik is surrounded by massive ancient walls from the third century.

The Hagia Sophia of Iznik was built in the sixth century

and the Second Council of Nicea actually met inside this church.

In addition to ancient Byzantine churches, I came across some beautiful mosques

I don’t know when this was painted on this tower, but I really liked it.

I should have known this ahead of time, but I was pleasantly surprised when I came across this lovely promenade along Lake Iznik.

Iznik is noted for its beautiful tiles. In fact, the blue tiles in the Blue Mosque in Istanbul are Iznik tiles. There were examples of it all over town.

I was so busy sightseeing that I lost track of time. By the time I thought about eating, this was the only place I saw that was open.

I don’t even know what this stuff was, but it looked like other people had eaten it so I figured why not. Plus I didn’t have much of a choice.

Roman Theater the next morning

I had a little time before catching a bus. I had heard there were ruins from an ancient Roman theather so I set out to look for them.

It was fenced off and they were actually doing some reconstruction work, but I did get some decent views through the fence.

I “simply” walked back to the bus station and looked for a minibus back to Yalova, and paid my 12 lira for the hour ride. I then bought another 24 lira ferry ticket back to the Yenikapi Ferry Terminal.

After my ferry ride, I decided to walk back to my hotel a different way, and I am glad I did. I came across this stand with doners for 3 lira.

I was nervious. I didn’t speak Turkish and I certainly wasn’t in the touristy part of town where people speak English. I pointed and showed the guy 3 lira. He made my sandwich and I sat down on a tiny stool to eat.

I don’t like the idea of french fries inside my sandwich (especially cold fries), so I picked out all the fries and started eating them all without touching my sandwich.

The owner apparently noticed me only eating the fries.

He probably thought I was eating the fries immediately because they were so good, when in fact it was the opposite, and I was eating them first because I didn’t want cold fries in my hot sandwich.

The next thing I knew, he walked out and handed me a napkin full of more fries. He didn’t say a word. He simply smiled and motioned for me to eat them.

I almost started to tear up on the spot because this guy, who would obvously never see me again, and apparently spoke not a word of English, was so kind to a total stranger.

This is a story I will never forget and is a reason I am more willing to do things that are outside my comfort zone.